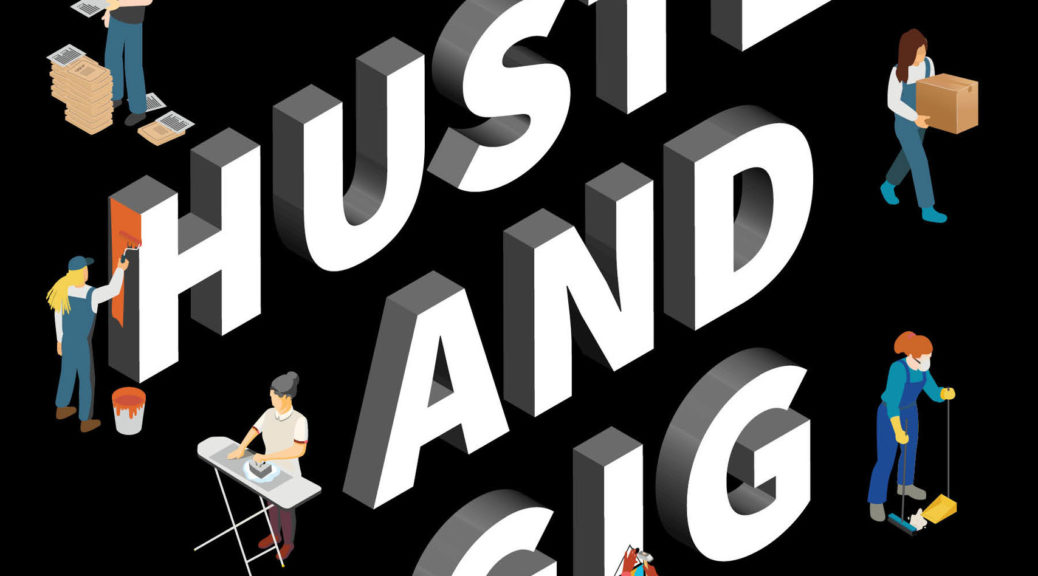 In September 2019, California became the first state in the country to pass a labor law aimed primarily at Uber and Lyft drivers that extends wage and benefit protections to about a million gig workers. California Governor Gavin Newsom wrote an op-ed arguing that when workers are classified as independent contractors rather than as employees, they lose basic benefits such as minimum wage, paid sick days, and health insurance. And their employers do not contribute to safety net programs like workers’ compensation and unemployment insurance, leaving, as Gov. Newsom pointedly stated, “taxpayers holding the bag.”Going a step further to address Social Security shortfalls, on December 19, 2019, Congresswoman Deb Haaland (NM-01), vice chair of the Task Force on Poverty and Opportunity, introduced a groundbreaking bill called the Gig Is Up Act that would require companies that gross at least $100 million and employ at least 10,000 independent contractors to pay the full cost of both the employer contribution and the worker contribution to Social Security and Medicare.“My research shows that gig workers can be in a very precarious economic situation, with most of them working gigs as a supplemental source of income,” Bruckner says. “For many, their low incomes keep them from having other investment vehicles, and they rely solely on Social Security for their retirement. Not getting their just dessert, so to speak, is an unforeseen and not often discussed consequence of contractor and gig economy work.”

The gig economy is notoriously hard to quantify, with estimates stating non-traditional work arrangements account for anywhere between 0.1% of full-time employment to 34%. According to the Freelancing in America survey, there are a reported 57 million American freelancers (counting on-demand and independent contractors) contributing in excess of $1 trillion dollars to the economy each year. Yet, their hustle can perhaps best be characterized as a struggle rather than a success, with little worker rights protection, unpredictable compensation, and intermittent work. The “on demand” nature of the work makes it just that—reliant on the customers’ and employers’ demands rather than the workers’.

In her recent book Hustle and Gig, sociologist Alexandrea Ravenelle argues that “for all its app-enabled modernity, the gig economy resembles the early industrial age…the sharing economy is truly a movement forward to the past.” While much research has been conducted on the size and growth trajectory of the freelancer industry, little scholarship examines the often unintended tax consequences affecting the workers and the economy writ large.

“Self-employed workers already have tax compliance and reporting issues, but the existing reporting rules further precipitate their failure to contribute to Social Security and Medicare through payment of the self-employment tax (SE tax),” explains Bruckner.

The tricky part is that companies that use contract workers aren’t required to send out a 1099-MISC unless they have paid that person $600 or more in a given tax year. On-demand workers who are paid by platforms usually get a 1099-K form, which companies use when a contractor has performed at least 200 transactions over the course of the year and has received at least $20,000 in payments. But, often, gig workers don’t receive any tax forms at all, leaving them on the hook to figure out how much they’ve earned over the past year and accurately report it to the IRS.

“Workers who don’t get tax forms from their employers need to figure out their earnings on their own. It is not as though they are intending to break tax laws, but many of them are simply not aware of what the self-employment tax covers and are short changing their Social Security earnings upon retirement in this way.”

Independent contractors and gig economy workers also do not make tax payments through withholding by their employers during the year and have to figure out estimated quarterly tax payments on their own. Not making those quarterly payments can translate to penalties and increases their audit exposure. “This isn’t just about gig workers underreporting their income tax, although this is a way to quantify the tax gap for the IRS and get their attention on the issue,” says Bruckner. “The consequences of the shortfall are twofold: it affects the funding and solvency of Social Security and translates to lower Social Security benefits for these workers upon retirement.”

In their recent “Failure to Contribute” research project, funded by the Center for Retirement Research at Boston College, Professor Bruckner and economist Thomas L. Hungerford estimate that, in 2014, independent contractors didn’t pay $3.9 billion in Social Security contributions that they should have, and on-demand workers didn’t pay $2 billion.

Bruckner has actively raised this issue with the IRS and given testimony on Capitol Hill. The Failure to Contribute report suggests Congress could take steps to modernize information reporting, update quarterly estimated payment requirements, and require better taxpayer education. Ultimately, these strategies should focus on the independent contractor economy generally and the on-demand/gig workforce in particular. “We need strategies to encourage people to buy into the system,” says Bruckner. “This is why tax policy needs to be accessible.”

With a $50,000 grant from the Wharton School of Business and Pension Research Council, Bruckner plans to continue her research with a study examining how women are using the gig economy to make up for retirement shortfalls. “This next phase of research will be ground-breaking in that it focuses on women specifically, who tend to live longer and have higher healthcare costs,” explains Bruckner. “Because women have been subject to the pay gap or had to take time out of the paid work force,  considering their retirement needs and how gig economy work is a strategy for shoring up retirement savings shortfalls is the logical extension of my existing work looking at the gig economy and its implications for Social Security.”