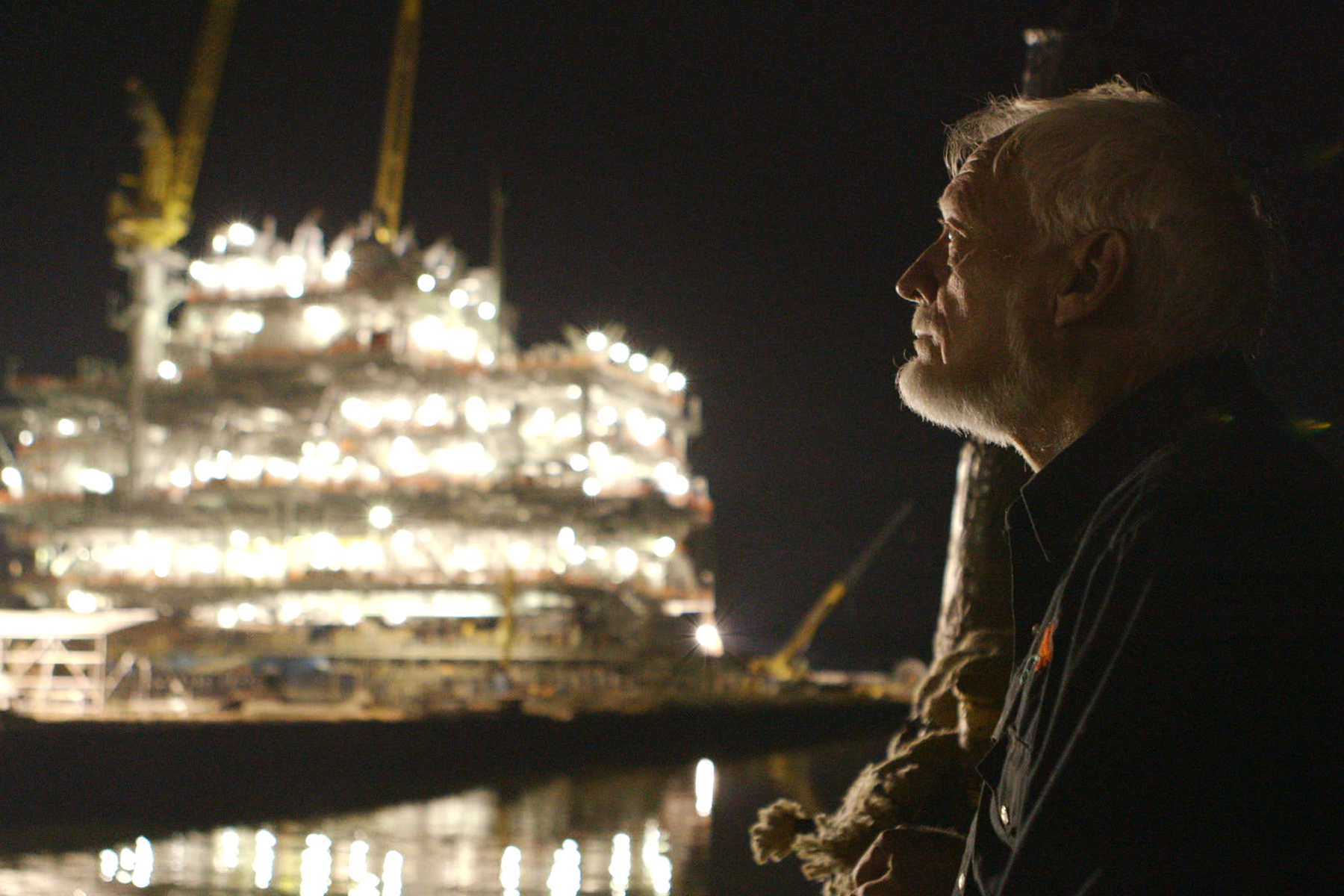 My review of the documentary The Great Invisible

Director Margaret Brown’s documentary The Great Invisible offers an unprecedented look at the 2010 Deepwater Horizon oil spill and its aftermath. Taut and emotional, this is not a film about corporate malfeasance or environmental doom and gloom. Rather, it is the under reported story of the people on the Gulf Coast who suffered a loss of livelihood that could not be recompensed by BP’s victim benefit fund.

When the Transocean-built Deepwater Horizon oil rig exploded, it killed 11 workers, injured 16, and caused the largest oil spill in US history. The leak was 80 miles wide, spewing 2.4 million gallons of oil a day. After 87 days, only 176 million gallons—less than a third of the spill—were cleaned.

At the time of the disaster, BP CEO Tony Hayward’s assurances that BP’s priorities were to “eliminate the leak and defend the shoreline,” rang rather hollow and placated no one. In the anxious days following the spill, BP’s cost-cutting practices that sacrificed safety for profit received attention. The Great Invisible shines a light on a much scarier and less known issue —BP’s fellow oil giants are no less reckless. In footage from Congressional hearings, we see that Exxon and all of the other oil behemoths are no better equipped to handle spills than BP. Their emergency plans are all prepared by the same company, Marine Spill Response Corporation, and are all equally outdated and inadequate (referencing walruses in the Gulf Coast, natch).

The film talks about the oil drilling culture, explaining how workers were rewarded by the company for offering any money-saving ideas. On the Deepwater Horizon, there were 26 systems that if redundant could have prevented the explosion, but in an industry where time is literally money, the impetus to save time led to perilous decisions on shortcuts that should have never been taken.

One of the greatest strengths of The Great Invisible lies in its examination of the impact of the spill on the lives of the people working on The Gulf Coast. The film takes us to Bayou La Batre, the home of Alabama’s seafood industry. We meet the shrimpers, oysterers, and oyster and crab shuckers whose lives were destroyed by the spill, and we meet the good-natured Roosevelt Harris, who runs a mobile food pantry to help those in need following the disaster. It’s a trenchant commentary, with people who previously earned a living on the fruits of the ocean literally reduced to poverty.

The Great Invisible extensively interviews Kenneth Feinberg, the attorney put in charge of the administering the 20 billion BP victim compensation fund. The film brings up an important point—that what initially was posited as a plus, which is having “money upfront,” and not requiring the victims to litigate for compensation had a much darker underside—that victims could not sue BP for damages much larger than what the fund assessed. More importantly, this fund really took advantage of the people who suffered the most—those Gulf residents who had trepidation about dealing with “big city folk” and did not have the ability to produce the kind of proof of losses required for them to be compensated. Nearly half of the claims filed were rejected—not because of lack of validity but because of lack of “proof.” How does one prove how much money one has lost from not being able to do what one has done for generations!? As one person poignantly put it, “we do things with a handshake here.” Paper proof was impossible to come by. The shrimpers and oysters shuckers from Alabama received nominal sums of a couple of thousand for a loss of livelihood amounting to much more financially and even more importantly psychologically.

The Great Invisible offers a novel take on the 2010 disaster, one not reliant on talking heads but on the people who suffered the most. It ends with an important point: lease revenue from leasing areas to oil companies is the second largest source of income for the U.S. government after taxes. Currently, there are 3500 oil rigs operating in the Gulf Coast, the largest in history and certainly more than in 2010. The U.S. government routinely earns billions from leasing ocean space to oil companies. How surprising is it then that they stand little to gain from regulating deep ocean drilling!? It is a deep quagmire and one that should definitely not let us rest easy.