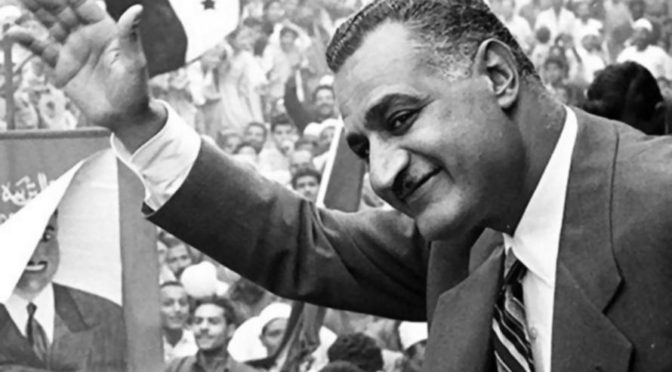 My review of Nasser’s Republic, a part of Filmfest DC, for the Washington City Paper

Gamal Abdel Nasser was the very embodiment of the proverbial “charismatic leader” you read about in political science textbooks, but Nasser’s Republic: The Making of Modern Egypt steers clear of breathless paean-singing. Instead, the film captures the process of shaking colonialism’s chains and building a nation. It also offers a very comprehensive look at the anti-Western, pan-Arabism movement, showing Nasser as equally pragmatic and idealistic. The themes Nasser’s Republic tackles are big, yet the film is able to give a panoramic view of the issues of nationalizing an economy, gaining public support, contending with the Muslim Brotherhood, and wrestling with the thorny issue of what democratization and nation building actually looks like. Through interviews with Nasser’s daughter and a number of scholars and journalists, a portrait of a doggedly hard-working leader emerges. Nasser’s political milieu turns out to be not too terribly different from modern-day Egypt’s, and as such, it’s essential viewing for anyone interested in how a country moves from colonialism—and its effects—into autonomy. But sometimes autonomy can devolve into autocracy, and that’s something Nasser’s Republic does not shy away from exploring.