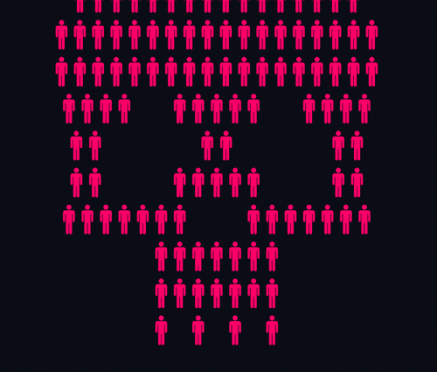 Riffing on that famous quip that “horror is other people,” the authors in this slim, affecting anthology from Baltimore-based Mason Jar Press speak of the horror that is us. The stories are pithy — most run just a few pages — but powerful in their parsimony.

Laura Walker’s “A Trick of Uncertain Light,” for instance, at first appears to be a simple tale of a girl stranded in a car on a dark desert road who encounters a guy driving a tow truck. But she’s not a girl in a car; she is “a rabbit feeling the primal liquid-boned fear of desert prey.” And the man in the truck hasn’t stopped out of concern. “Something’s not right. I can feel it the way you can sense the threat of storm when the wind kicks up before the clouds start rolling in.”

The imagery is evocative: “He cuts off my response, slices into the fear of the moment, spilling it.” Fear is spilling toward an inexorable end here, one that is not described and, hence, looms even larger. “Besides, there are things that bullets can’t stop from happening.”

Abigail Teed’s “Rise” and “The Pine Witch” by Alexandria Baker are both about a return to something from the past. The former has Native American mythological elements, while the latter features Wiccan notes. Continuing the theme of the everyday gone awry, the coven in “The Pine Witch” isn’t too far removed from members of a sorority house, sort of like a modern (and far less corny) take on the 1996 supernatural-thriller movie “The Craft.” As with other stories in the collection, the menace is unnamed — and thus all the more terrifying — and the words relentless in their simplicity: “I closed my eyes and reveled in the smell of burning flesh.”

Another brilliant offering is Justin Sanders’ “Baphomet and Blue,” about a Neo-Nazi death cult. The subject matter is all too believable and seemingly plucked from the headlines — police racism and brutality — but it’s given a sinister twist. A music fest turns brutal as participants wreak havoc and enact the violent reality idealized in the songs. As the author points out, “White power music is the number one method for recruiting new members.” Evil sometimes wears a badge instead of a pentagram.

Comic-book writer Scott Bryan Wilson’s “The Enthusiastic Butcher” is a keen dissection of our social-media-obsessed world. Its protagonist cuts deeper and deeper into himself (on several levels) in a vanity-fueled quest for attention and an escape from a life of loneliness. “He was like a king washed up on a desert island, his subjects sending him messages in bottles.”

The tale is a trenchant commentary on the terrifying ways in which we as a society keep pushing beyond boundaries personal, ecological, and global. The first cut is the deepest — or not, it seems to suggest.

Though spare, The Horror Is Us is nonetheless incisive and provocative. Its stories are smartly curated and fleshy, making it a must-read for any fan of the horror genre in its most modern iteration.